Success and good leadership go hand in hand. Leadership is key for things such as staff motivation, company vision and business plans. However, these traits are not gender-specific, they're far from it.

We look at 8 key reasons why we need more women in leadership roles in the workplace.

How Redsky Learning Can Help

Leadership in a workplace is essential to success. The right leadership can
help to put a company’s vision and business plan into action, as well as
motivate other employees and demonstrate passion and drive. These traits are not inherently gender-specific - instead, they are qualities that may be inherent in a person but will be cultivated and developed over time. This can be seen in many great leaders who begin with a desire to share their knowledge and ideas, and accrue a following thanks to their great leadership style.

While men and women often have different styles of leadership and display varying traits and qualities, the important core characteristics are shared across all excellent leaders.

With all this in mind, you may be asking yourself how many women in
leadership roles you know - and realising that the balance between male
and female leaders is often quite unequal. However, women in leadership can bring a range of incredible experiences and knowledge - and we have
collected eight reasons why we need more female leaders. Having a leadership team where everyone comes from the same demographic can be extremely limiting for a company. Having more female leaders (along with a variety of other diverse perspectives) ensures that better decisions are made. By having many different voices, who have backgrounds in many areas, they may be able to weed out issues and opportunities that others don’t spot.

Women, in particular, can provide a range of talents and views which can be difficult to access otherwise, and of course, a company with more female leaders also has more intersectionality generally. Women from different cultures can struggle to move into leadership roles, and given the opportunity, they bring a whole new perspective.

Some research shows that companies who have higher levels of diversity in the workplace often outstrip and outgrow competitors with less diversity, which can, in turn, lead to improvements in revenue.

In contemporary working culture, upcoming millennial and Gen Z demographics prize collaboration, openness and equality. These values complement female leadership styles based on intellectual curiosity and a culture of working together rather than in a strict hierarchy.

Men have historically been thought of as more effective leaders than their female counterparts. However, this is only a general truism up until a point (and even then, this is extremely subjective). Men are believed to be excellent leaders in their younger working life, while once they reach their late 30s to early 40s, women surpass them up until their 60s.

The unfortunate truth is that many women do not stay in businesses long enough to reach their prime leadership age, as they can often feel unsupported by employers and not confident about their path to progression. Women who are going through menopause are very susceptible to this loss of confidence - especially as this can feel like a taboo subject, making women feel that it makes them less capable.

Even for women who do reach managerial roles, they as standard don’t reach these until they are in their 40s and 50s - when they make incredibly competent, visionary and effective leaders. That means that so many years of great leadership are lost due to a lack of support for women striving to reach these positions.

One of the oft-overlooked leadership qualities that every great leader needs is empathy. Empathy allows a leader to understand different people’s learning styles, views, and opinions, without allowing this to entirely colour their perception. Finding the similarities and celebrating differences allows empathetic leaders to relate to a vast majority of their team, listening rather than speaking over employees who may be struggling - and finding value in their great ideas.

Women are often seen as extremely empathetic, and this translates into an invaluable leadership style which encourages understanding and open-mindedness as the best way to find solutions to a range of problems. This means that everyone in a team feels heard - not just a lucky few who seem superficially similar to their manager. Along with a high level of empathy, female leaders tend to have a more adaptable and effective communication style, based on trust and intimacy. By using empathy and finding genuine connections with others, this vital ability encourages clarity when it comes to team interactions, as well as business strategies. Rather than being led by ego and speaking over others, an excellent communicator will listen, learn, and see the value in the contributions of others. Of course, not all female leaders are the best communicators, but this is a thread that runs through those who truly succeed.

Female leaders tend to be more modest and unforthcoming than their male counterparts, allowing others to shine. This is an admirable trait and can encourage other team members to feel valued and heard, but uplifting one’s own accomplishments is also beneficial. Women in leadership often utilise this self-deprecation by sharing their accomplishments with others who they work with. Making it a team effort rather than just an individual success allows for growth throughout their team while still letting others know that their leadership style is benefiting everyone. This makes it easier for female leaders to network and promote themselves, as well as their team - and gives a strong image of the company that would employ such a leader.

While we all hope that a crisis won’t ever occur, women are generally believed to work well under highly pressurised situations - whether that is an accident at work or providing support for a struggling staff member. Using patience, calmness and compassion, women can often handle an emergency with grace and ease, which can defuse difficult moments.

It may seem as though we have come a long way since women were paid so much less than their male counterparts, but the gender pay gap is still a huge issue. By placing more women in leadership roles, it is possible that the decades of advancement could be put into overdrive, allowing women to step forward and uplift other female candidates.

Men are seen as generally being more likely to push for advancements openly, while women tend to step back and wait for an opportunity to be presented. And while women may ask for development or higher pay, they are statistically less likely to receive it, but more likely to remain in a role regardless - over three years compared to men, who remain in roles around half that time.

When it comes to job applications, women believe they need to meet nearly all of the requirements to apply, while men are less concerned with this - and will reapply for a role they have previously been turned down for.

By putting more women in leadership roles, seeing their qualifications and expertise rather than gender will encourage a shift in how much other women believe they can accomplish, becoming advocates for their own advancement.

Bringing more women into leadership roles should be one of the driving goals of a progressive and thoughtful workplace, but to do this you also need mentors for up-and-coming staff members. Women in leadership roles can provide fantastic mentorship for those who wish to progress
their careers further, and can give advice that is rich in empathy, intelligence, and self-awareness. Providing the next generation of diverse leaders with strong and results-driven voices can make a real difference in bridging the leadership gap - just another great reason that we need more women in leadership roles now. How RedSky Learning Can Help

While there are more women in leadership than in previous decades, many of these roles are non-executive positions, which means that all the incredible benefits offered by female leaders aren’t being fully explored and developed. If you want to grow your own female leadership, then Redsky Learning can help. We are specialists in leadership and team training, helping those who wish to advance within their companies to gain the skills they need to thrive with courses and coaching.

Book a meeting with us to discuss your next steps.

Get Your Free Copy

• The qualities of successful leadership

Book a Meeting with Diane Book a meeting with us to discuss...

William Hill have a good track record for developing and promoting from within. And their succession programme for aspiring District Operational Managers was a key part of this strategy.

Neal’s Yard Remedies are passionate about transforming people’s lives, by educating and empowering them on how to live more healthily through the power of nature.

Latest from the Blog

I guess the first question to answer here is why invest in a leadership development programme at all? With the cost of living skyrocketing and inflation showing little signs of...
Read More 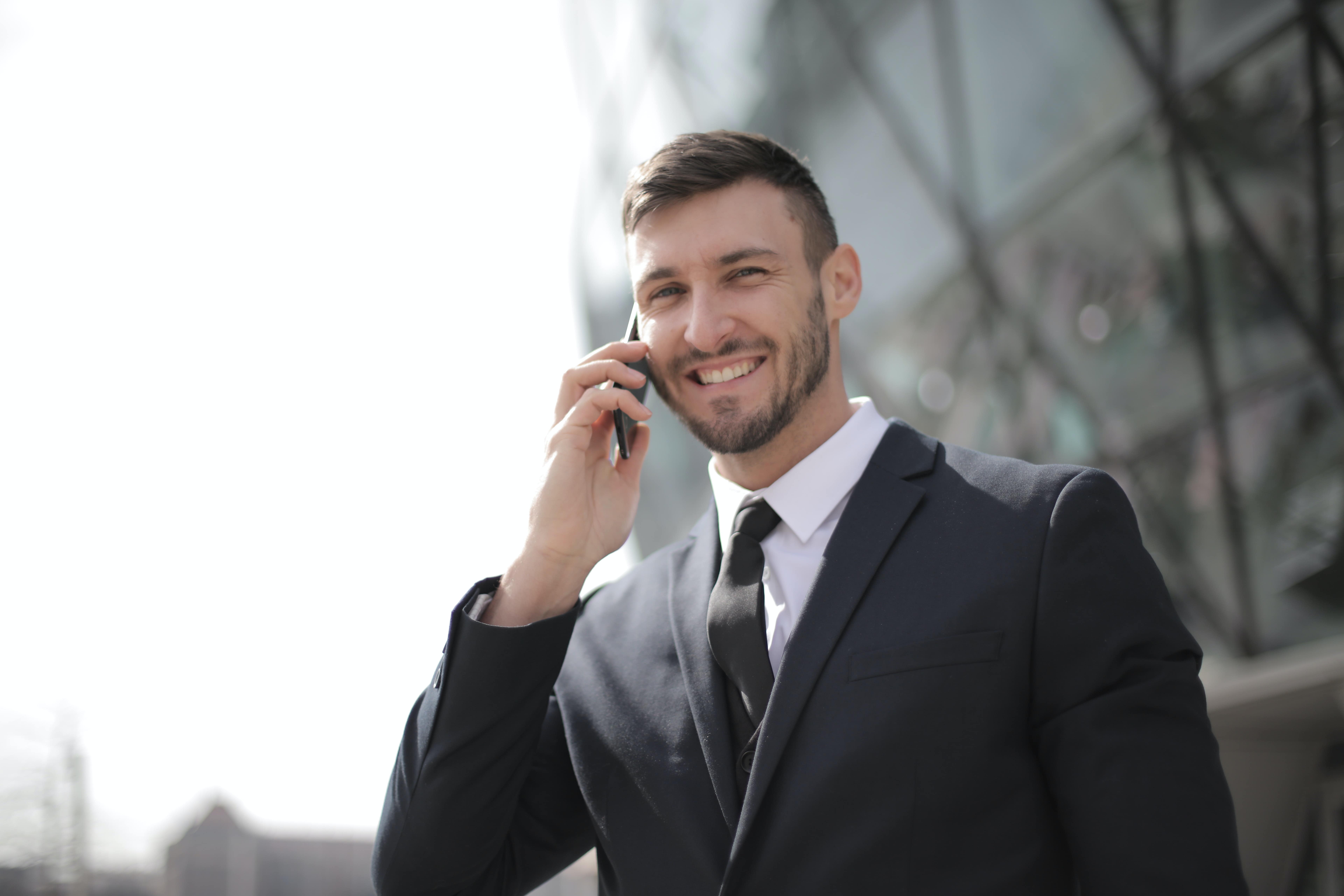 Why Do Some People NOT Want To Be Leaders?

Becoming a leader within an organisation you love is a dream that many people have. Advancing your career and becoming trained in more areas can help you to develop and achieve....
Read More

Myths About Leadership - What A Good Leader Is NOT

Being a good leader can mean many things, but when you are training and considering your own qualities, you might not be so quick to think of what a good leader is not.
Read More